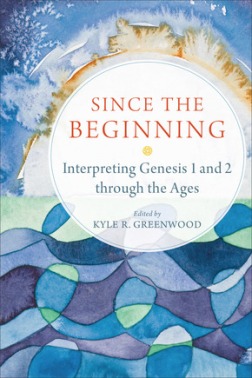 Since the Scientific Revolution, there have been few biblical passages that have caused readers more interpretive confusion than the opening chapters of Genesis. The reason for the confusion is multidimensional, but the cause is clearly observed: modern readers are predisposed to approach the biblical text with modern questions—inquires that are cataclysmically divorced from the ancient mind. It is here that Since the Beginning: Interpreting Genesis 1 and 2 through the ages, a new multi-authored volume edited by Kyle R. Greenwood, helpfully positions readers to observe the interpretive linage that been inherited—a unique vantage point to determine why one believes what they believe and evaluate its merit against the authorial intent to the biblical writer.

Since the Beginning contains eleven chapters and over 30 sidebars. The chapters are assigned to well-known scholars of particular interpretive timeframe and take readers from Old Testament reverberations of Genesis 1 and 2 to a post-Darwinian approach, including literature from within Second Temple Judaism, early Rabbinic writings, Ante-Nicene to Post-Nicene documents, and more. The sidebars cover a number of important subjects, including various biblical passages, historical figures, cultural concepts, and more. Each chapter of the book focuses on a specific interpretive framework from a particular age and addresses four major interpretive issues: (1) treatment of the days, (2) cosmology, (3) creation and nature of humanity, and (4) garden of Eden. Occasionally some of the categories are combined into a single discussion or addressed in different order, but the structure remains largely the same throughout the volume.

The organization of the volume is uniquely positioned to cultivate learning on an increasingly divisive passage from Genesis. The structure helps readers systematically peer into important issues age by age and issue by issue. I found each of the chapters to be surprisingly rich with insight and balanced. This isn’t something common to all multi-authored works. That said, the most useful chapters, in my opinion, were “Interpretations of Genesis 1-2 in Second Temple Jewish Literature” by Michael D. Matlock and “Rediscovery of the Ancient Near East and Its Implications for Genesis 1-2” by David T. Tsumura. The second of the two is a particularly important chapter for the modern reader, especially since it is the Ancient Near Eastern world that offers a historical backdrop for the biblical writer, and thus, becomes a proverbial backbone for contemporary comparative studies. I also enjoyed “Interpretations of Genesis 1-2 among the Protestant Reformers” by Jennifer Powell McNutt. I’ve found McNutt’s work on the Reformation extremely helpful and this chapter was no different.

There is much to praise about Since the Beginning. The organization, as noted above, is one of the most beneficial aspects of the book for readers. For those looking to plunge further into the content of each chapter, the author has included three sections curated to cultivate a journey: (1) For Further Reading, (2) Primary Texts, and (3) Primary Texts Online. The chapters are all well documented with footnotes and the sidebars are strategically placed for the reader to gain a better understanding of the primary source material. It should be noted that those who advocate for a “literal” reading of Genesis 1 and 2 will not find a supportive friend here. The tone of the book is in no way adversarial, but the authors aren’t concerned with supporting a particular position—especially modern positions weren’t even on the minds of most interpreters through the centuries.

Since the Beginning: Interpreting Genesis 1 and 2 through the ages edited by Kyle Greenwood is a timely contribution to an ongoing and frequently heated discussion. Often our conversations on the issues discussed in this book are confined to our own presuppositions and traditions. It is here, in my opinion, that Greenwood has helped to open our understanding of the past so that we could be more attentive for the future. This is a fascinating book that I hope helps readers better understand why they believe what they believe. If you’re looking for a book that will offer a constructive challenge to your assumptions about Genesis 1 and 2, then Since the Beginning is an easy choice. It’s a book I will recommend often!