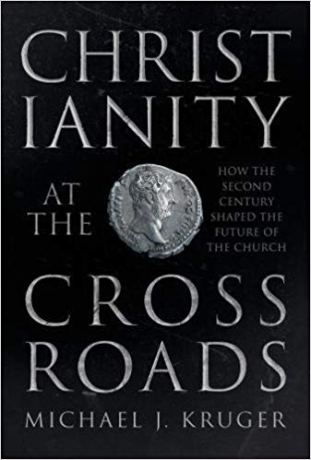 Michael J. Kruger is President and Samuel C. Patterson Professor of New Testament and Early Christianity at Reformed Theological Seminary in Charlotte, North Carolina. Kruger is a leading voice for the study of early Christianity and the development of the New Testament and has a PhD from the University of Edinburgh, where he studied under the advisement of Larry Hurtado. Kruger is the author of several books, including The Heresy of Orthodoxy: How Contemporary Culture’s Fascination with Diversity Has Reshaped Our Understanding of Early Christianity (with Andreas Köstenberger) and Canon Revisited: Establishing the Origins and Authority of the New Testament Books. In his most recent publication, Kruger offers readers an important and unique glimpse into the distinctives of early Christianity in the overlooked world of the second century.

There is much to appreciate about Christianity at the Crossroads. Kruger is recognized as an expert in early Christianity and his balanced interaction with both primary and secondary sources is unique for a volume of this nature and scope. Readers will gain a sense of early Christianity from early Christians, as well as modern and contemporary scholarship. Kruger is also balanced in his evaluation of the sources, though his presuppositional convictions are transparent. It would have been nice to see a fuller treatment then what was provided here. For example, it would have been helpful to see more detailed interaction with Christian theology of the period. That said, as an intended introduction to second-century Christianity, Kruger is detailed and informative in his engagement and offers readers a trustworthy sense of direction for further study. Lastly, I found the organization of the book to be the best possible option for accomplishing what Kruger was looking to achieve. It is easy to follow and logically structured for future topical reference.