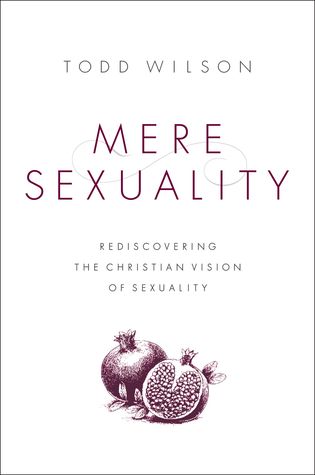 Todd A. Wilson is the senior pastor of Calvary Memorial Church in Oak Park, Illinois and the co-founder and chairman of the Center for Pastor Theologians. Wilson received an MA in Biblical Exegesis from Wheaton College and Graduate School and a Ph.D. in New Testament Studies from the University of Cambridge. He is the author of several books, including Galatians: Gospel-Rooted Living (Crossway, 2013) and The Curse of the Law and the Crisis in Galatia (Mohr Siebeck, 2007). Most recently, Wilson has written a timely little book on sexuality that presents the historic Christian consensus with clarity and conviction.

Mere Sexuality: Rediscovering the Christian Vision of Sexuality is grounded by a longstanding and overarching Christian tradition. Wilson emphasizes with clarity a major cultural shift in the Christian Church on issues of sexuality that prove to be a departure from the historic confession of Church and provide a problematic vision of the future of Christianity. Wilson reorients readers towards the historic Christian vision of sexuality while lovingly engaging with some of today’s leading cultural voices. Mere Sexuality moves beyond the general questions concerning same-sex marriage, gay marriage, and how to love homosexuals the way Jesus did (p. 14). Wilson covers a broad range of biblical, theological, cultural and practical issues in a surprisingly small package with both clarity and charity.

Mere Sexuality is comprised of several brief chapters and two appendices. Wilson introduces the reader to the historic Christian consensus in the initial chapter, and subsequently supports such a consensus with the sexuality of Jesus. Additionally, Wilson explores how sexuality relates to our identity, the meaning of marriage, the purpose of sex as a gift of God within the marriage union, the practical implication of such within human relationships, and more. This is not necessarily a book concerned with homosexuality, per se, though such categories overlap naturally with the exploration found therein. Wilson is not concerned with providing readers with a book focused on what the Bible says about matters homosexuality and same-sex marriage. Rather, it is here that Wilson provides readers with an exploration of the Christian vision of human sexuality as a holistic conviction.

Mere Sexuality: Rediscovering the Christian Vision of Sexuality by Todd A. Wilson is a faithful and practical book that addresses the historic Christian consensus of human sexuality with both clarity and conviction. Wilson offers a persuasive portrait of sexuality that invites readers to see how the Christian worldview is to functions within the cultural shift of our day. Wilson is both sensitive and informed concerning the issues at hand, and readers will be deeply encouraged as they follow his guidance. Mere Sexuality comes highly recommended!